Other projects focus on the statistical analysis of quantifiable data descriptive of the structure of film:

Cinema Redux1 by Brendan Dawes distills a whole film down to 1 single image. Snapshots are taken from a movie at 1-second intervals & stitched together as 8×6 pixel frames into 1 single image. 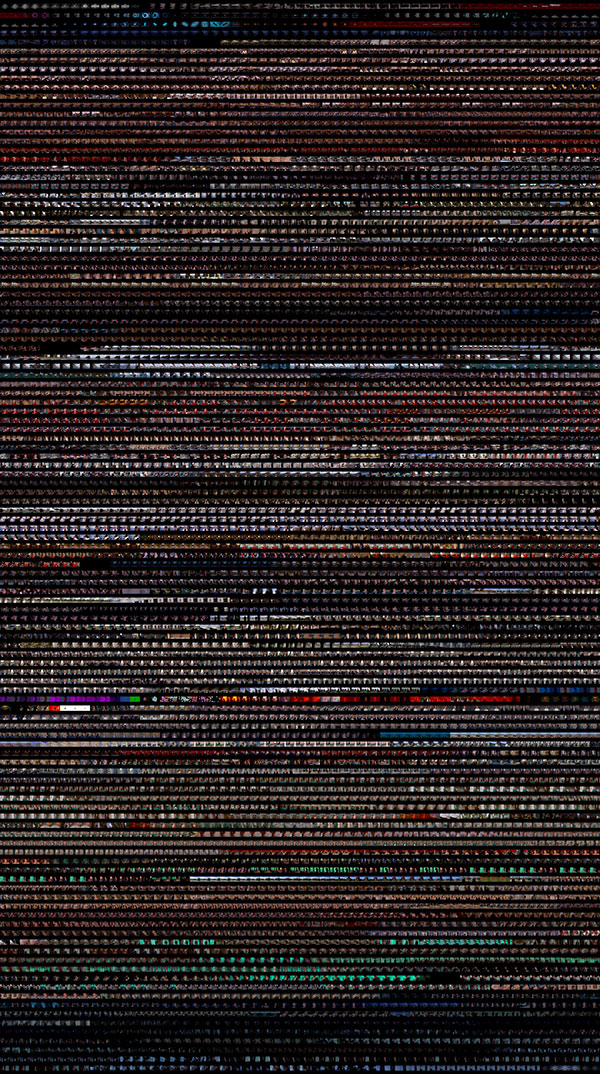 Frederic Brodbeck’s Cinemetrics2 extracts information such as the editing structure, color, speech or motion and transforms into graphic representations creating a visual “fingerprint” for them. 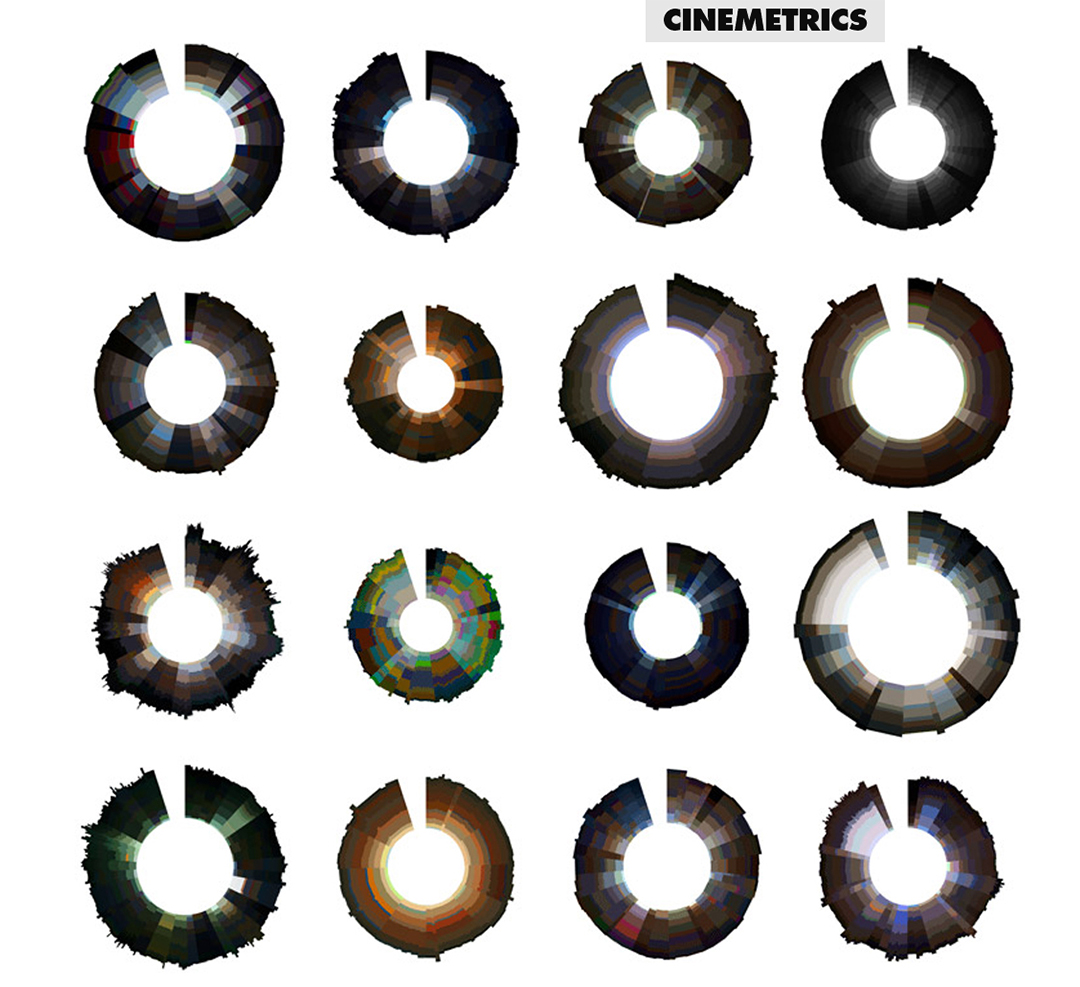 Other softwares compress the film frames achieving a colorful print of the movie: Western roundup4 or Movie bar code5 by Kevin L. Ferguson are two examples where the movies get closely related to painting as the whole movie is reduced to a static colorful image. 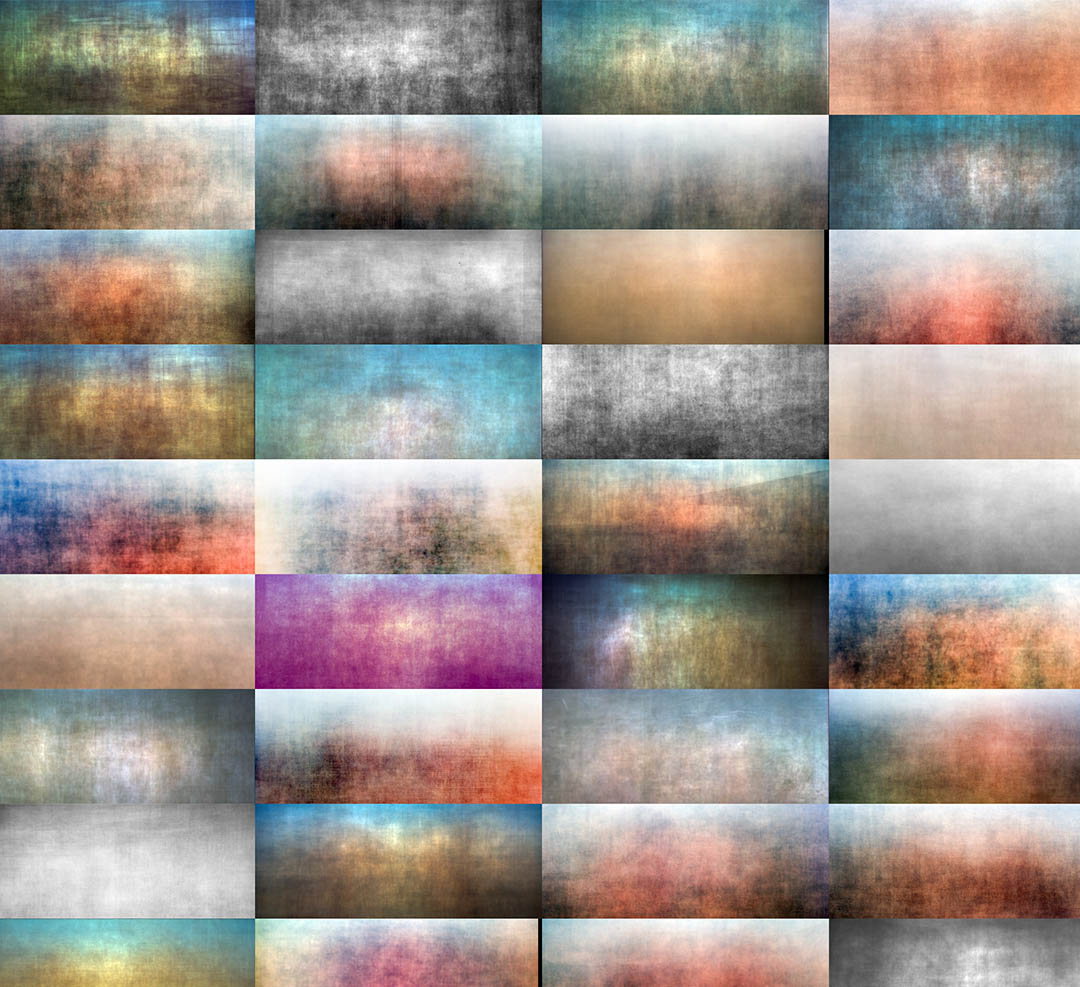 Artists are challenged to develop a creative way of illustrating the dataset through making the data interactive or productive Organized by Abandon Normal Devices in partnership with Film Hub NWC #filmdatahack embraces and exploits how audiences are changing the way they view, access and navigate cinema by using data to get more out of cinema, exploring how film data can be used to inform, open and develop our love of cinema.

The Infinite Trailer6 created during a #filmdatahack is a never ending action drumroll, powered by a program which automatically creates clips looping randomly and forever from trailers by detecting the fade-to-black transitions.

Lev Manovich writes about this explosive growth of newly available cultural content on the web, and calls this paradigm of researching upon massive amount of information of cultural artifacts, dynamics and flows Cultural Analytics: all Cultural Analytics are computer-based quantitative analysis and interactive visualization of large data sets and data flows. They employ statistical data analysis, data mining, information visualization, scientific visualization, visual analytics, simulation and other computer-based techniques as we have seen in all examples mentioned above where artists and researchers have started systematically applying these techniques to the analysis of contemporary cultural data of many thousands of movies.7