“Remix culture can be defined as the global activity consisting of the creative and efficient exchange of information made possible by digital technologies that is supported by the practice of cut/copy and paste. The concept of Remix often referenced in popular culture derives from the model of music remixes which were produced around the late 1960s and early 1970s in New York City, an activity with roots in Jamaica’s music.

Today, Remix (the activity of taking samples from pre-existing materials to combine them into new forms according to personal taste) has been extended to other areas of culture, including the visual arts; it plays a vital role in mass communication, especially on the Internet.”1

Hitler Rants Parodies2 are one of the most famous movie remixes: as users take the same clip to create different meanings Hitler gets banned from Xbox Live, gets scammed on eBay and banned From PlayStation Network; wants a PS3 for Christmas but gets a Wii instead; finds out Pokemon isn’t real; gets deleted from Facebook, Loses His Ipod Touch and his internet connection too. Jaimie Baron defines the clips “innapropiate”: since it is difficult to theorize the contemporary appropriation practices, these clips reveal the awareness fundamental to appropriation art in that a recorded image can serve multiple ends, generate originally unintended associations, and take on perverse or contradictory connotations and focus also on the viewer’s awareness that the footage came from another (and primary) context of use.

Biermann embraces digital technology’s “capacity to alter, mask, fragment, re-mix, super-impose, mutate, reflect, transmit and reframe”. With “The Hills Are Alive” Biermann takes an iconic scene from the 1965 Hollywood musical and reveals another take on the tenderness of the Rodgers and Hammerstein song, deconstructing it down to its smallest components, repeating its moments and reinscribing its music into something completely different.3 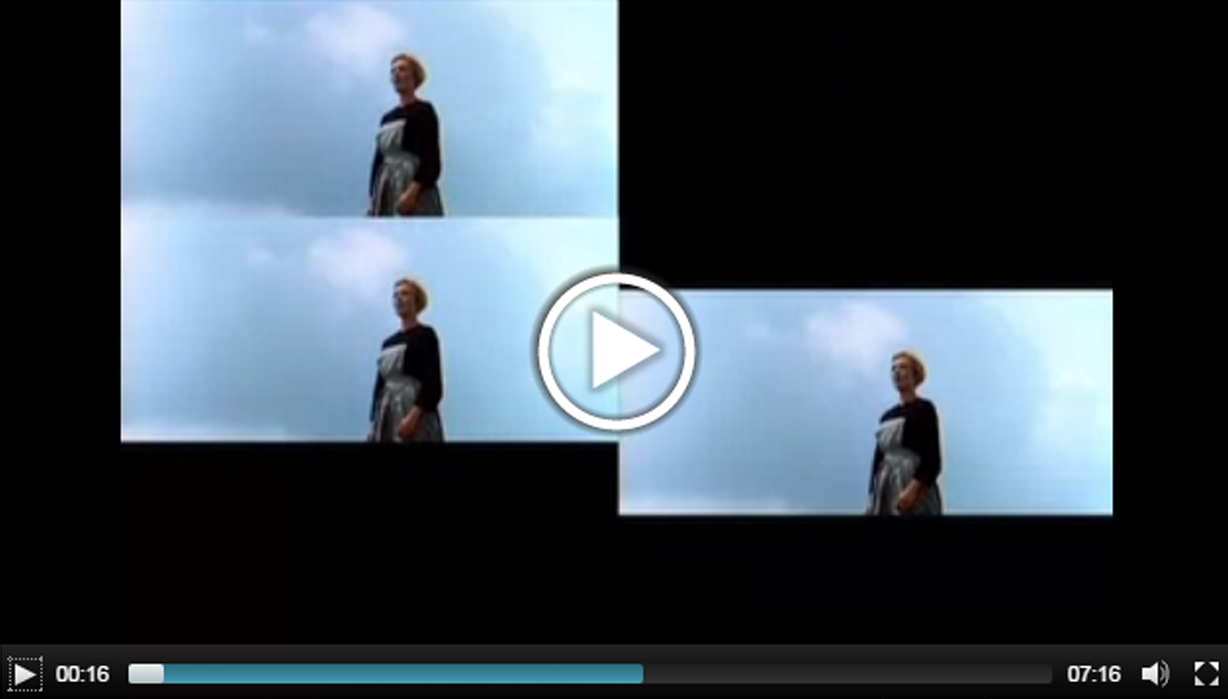 The ultimate progress in this domain is the re-synthetisation of the already synthetized YouTube clips: Smash Up, by Parag Kumar Mital is a new kind of remix/mosaicking process which learns tiny perceptual fragments of audio and video using a computational model of audiovisual perception.