As part of Bucharest International Experimental Film Festival (BIEFF) Workshop session 2014, organized together with NISI MASA European Network of Young Cinema, ADELA MUNTEAN was present both as artist and as tutor: she ran an experimental architecture film workshop centered on the idea of “space” and presented her long-term intermedia project Trans Cinema Express.

Through workshop screenings students explored how mainstream and experimental film makers have long been inspired by the idea of “space” which might be physical, mental internal or external and the ways this space can be accessed through different media.

Then, the focus was on the architectural space of cinema buildings and was followed by open discussions about how technology affects the city’s urban plan.

Students watched and discussed Architecture films and made, during the 10-day workshop (5th-14th December 2014) their own Experimental Architecture Film through which they explored aspects and spatial juxtapositions of cinema buildings in Bucharest.

Their work was projected on a video-installation in experimental sequences.

Throughout the Architecture Film Workshop the projection mapping and AV live performance setup was led by Adrian Budrițan (Kubikmilk).

The installation was hosted at Elisabeta and built by InImagini. 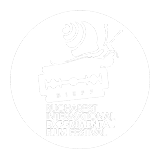 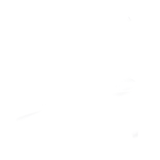